Brendan was actually feeling a bit off, this morning, with a headache & sore throat, 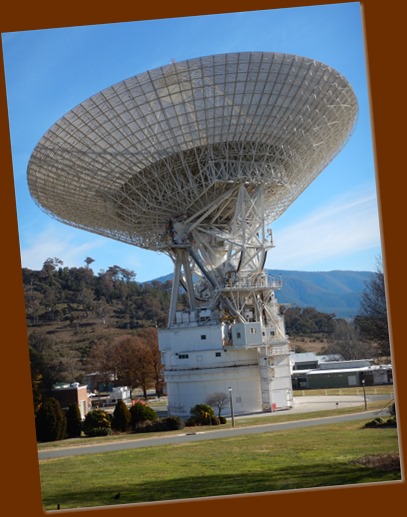 but we packed our bags and headed for the Australian capital city for the long weekend even though it was going to be cold – how brave we were ….

We kept checking the temperature on the outside 13, 11, 10, 8 – oh no it was getting colder as we neared the ACT…thank goodness we packed some of the ski gear…I think we may need it..

Once we neared Canberra we decided our first stop would be the Deep Space Communication Complex as it was on the other side of Canberra & it was already midday. We found our way out  to Tidbinbilla – after a few wrong turns –  thanks to the GPS which had no record of any of the address we searched for!  As you neared the facility you were asked to turn off any devices as they may interrupt communications. ( they might not be able to talk to E.T )

The complex is one of only 3 tracking facilities in the world responsible for providing vital 2 way radio contact with dozens of unmanned robotic spacecraft exploring the solar system. 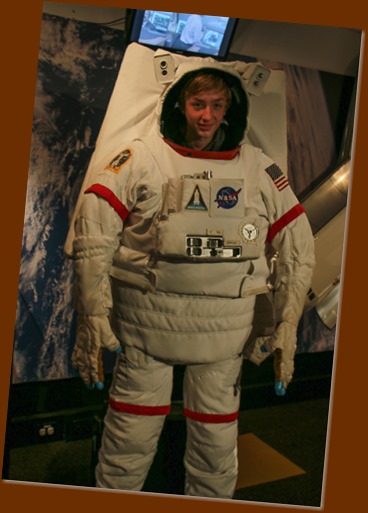 There were many of  large satellites to look at – from a distance –  you couldn’t get to close to them, an actual piece of moon rock, a full scale replica, of the Mars explorer rover, which we actually have our names on- we have a certificate and all), rockets, space probes, space hardware, – astronaut suits, equipment etc 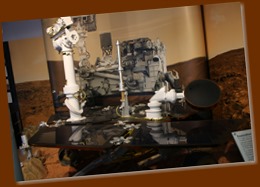 whilst we were viewing the large Radio Antenna just outside the back of the centre, we ran into an employee who was on a break, sitting in the glass viewing room – soaking up the some of the warmth of the sun. He turned out to be very chatty & was very knowledgeable – in between his many stories, he filled us in on a lot of different facts – such it takes 6 minutes for the commands sent via the satellites to actually reach the mars rover…- also about a poor bird who got in the way  of a radio stream – there wasn’t much left of him to clean up – it was like having your own personal guide 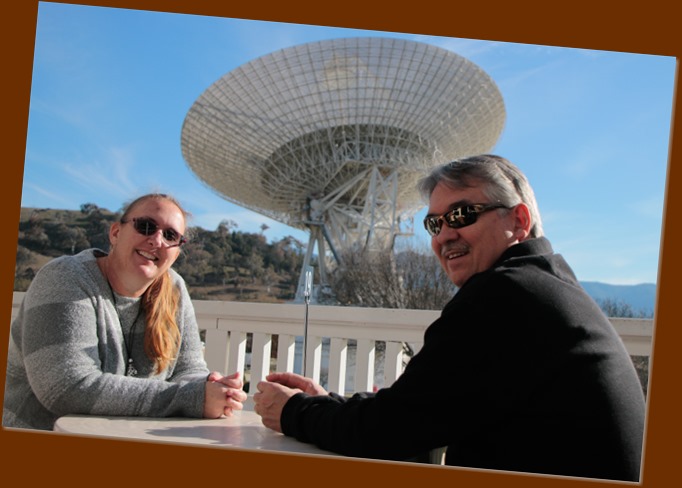 it turned out to be a really nice afternoon – even though it was cold,so we ended up  lunching  on the balcony overlooking one of the large Radio Antenna before making our way back into Canberra, to the hotel 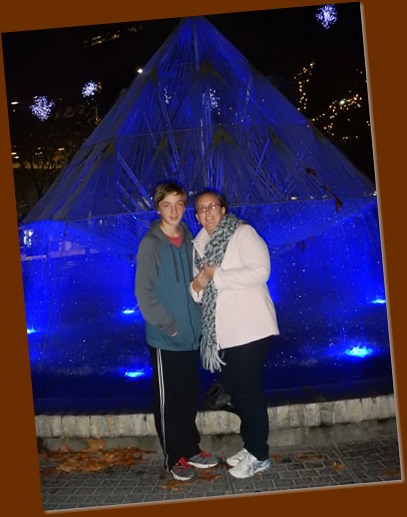 David seemed to be jinxed – we were stopped at every traffic light !

The rooms were quite nice and spacious & had everything we needed. it was only a short walk to the Civic mall shopping area – the area was lit up by hundreds of fairy lights in the trees at night. We had thought to walk to the local club but as Brendan was feeling worse we found a nice Pizza restaurant, APK, for tea. David had a chicken schnitzel  while Brendan & I shared a pizza – 1/2 special BBQ meat + 1/2 tex mex (which had corn chips ,sour cream, chillies & beef ) this was really nice !

We took Brendan back to the hotel for a hot shower & panadol before bed – hoping he would be OK in the morning.