An earlier start than anticipated due to a phone call from mum (9 am at home which meant it was 6 am here & was still dark), checking up on how we were. Up showered, dressed, breakfast & ready to be picked up at 7.30 – yes, we were on time today!. 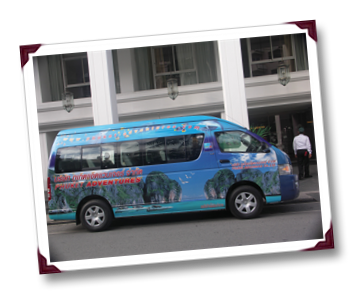 Another cute mini bus picked us up, this time it had a picture of the islands on the panel work.

A long & painful 45 min trip – due to a group of 4 Aussies the 2 women talking to each other at the top of their voices – we now know that they watch National Geographic last night & what they were planning – David felt sorry for their husbands !

We arrived at the Phuket Royal Marina & boat lagoon, we were given red & white wrist bands to indicate which group we were on, introduced to our guide Tom, & taken to our snazzy speedboat for a day of adventure on the crystal clear blue waters of the Andaman Sea. The first part of the trip – out of the bay, across the sea, to the islands & out crops lasted about 1hour – I was feeling a little bit queasy & luckily didn’t embarrass myself by being sick. 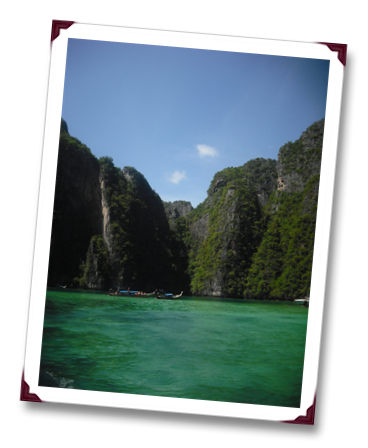 The scenery of the outcrop formations was fantastic – huge rock islands with lush green plants growing on them jutting out through out the waters, but as we were in a speed boat- was a little bit difficult to take photo’s.

Our first stop was at Pileh Lagoon, (used for the helicopter footage at the beginning of the movie Jurassic Park) we put on the sun screen & jumped out of the boat for the first swim of the day – approx 20 mins – in the still clear waters, as it was a National Park, we were not allowed to touch any of the rocks. The next stop was at Koh Khai where we were decked out in snorkel equipment & has 45min to float around in the warm water looking at the coral & fish, Brendan loved it ! 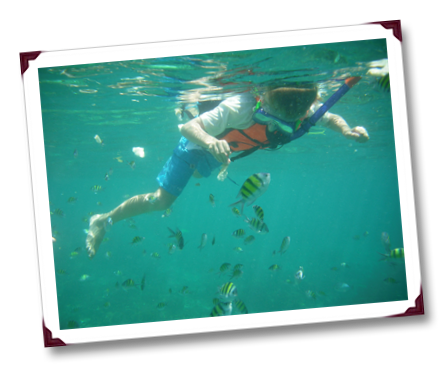 There were a variety of fish all different colours & sizes  – Brendan particularly liked the Parrot fish & was constantly pointing & trying to talk underwater & when the crew threw in a couple of pieces of bread we had a feeding frenzy around us. 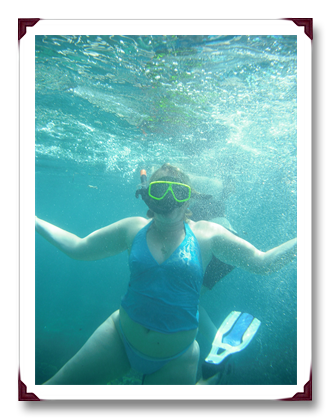 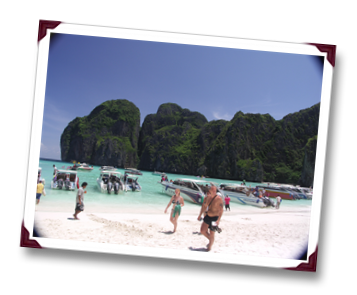 We tried out the new underwater camera – so far so good – & used up 1 battery.  Next stop Maya bay which was the setting for the movie ” The Beach ” it would have been stunning except for all the speed boats moored there. 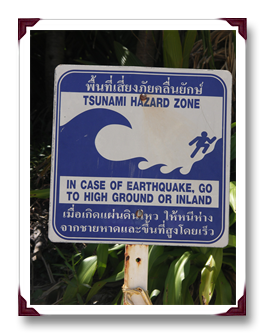 while David & I hiked thru the densely coved inland to come out on the other side at Loh Sama bay where we had to climb up a bamboo ladder to view the crystal clear waters – very pretty..really looks like a postcard – took a few photo’s &

gingerly climbed back down again walking barefoot over the rocky pathway, to find our camera man/ crew taking video of us – we thought he was watching Brendan.raced back to the front beach to find Brendan patiently waiting. We then went to Phi Phi Don Island for a buffet lunch, had a few drops of rain – a storm was coming – but it cleared quickly, we had a quick walk along the beach before getting back in the boat. Next stop “Monkey Beach” where the Macaque monkeys inhabit, 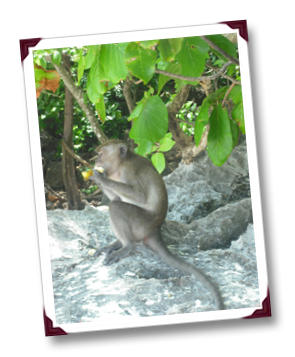 they were cute & only a few cm away from you, it was sad though as they were drinking bottles of soft drink & eating fruit & food tourists were giving them, & there was a lot of litter on the beach. Next stop was for some more snorkelling much to Brendan’s delight.He was in his element, taking off & swimming around by himself every now & then you would hear him call us so he could show us another large fish. More fish, coral,sea urchins, anemones etc, soon it was time to go.as it was getting really rough the tour guide decided that the last stop should be at ??? which was only 20 min from the harbour..just in case.so we sat in the back & were tossed around,continually getting wet from the waves. We finally reached ??? after what seemed like hours – thank goodness I took a sea sick tablet for the way back – you could swim or look around, we went for a walk & found some outdoor showers,which we put to good use – washing off the salt & sand, Brendan found a coconut & we played on the sand while waiting to get back on board the boat. We were asked if we wanted to sit up front – no thanks – we had been told that the young girls who were up there earlier had hurt their backs. Thankfully, as we were inside the bay by now it was a lot calmer & the rest of the trip went fairly fast & Brendan was falling asleep. Once we arrived back at the marina we were treated to a ice cold wet towel to wipe our faces with & a cola ice block, then transferred back to our hotel in the same cool minibus, the DVD we ordered would be delivered sometime that night. Back at the hotel around 6ish & straight into a nice hot shower – even though had put sun screen on during the day we still managed to get burnt – Brendan played his Nintendo DS – he had bought a game which has 210 in 1 – I lied on the bed while David transferred the photos we had taken during the day to the laptop, I fell asleep – & no I don’t believe I was snoring like David said -  the boys woke me as they were hungry & it was getting late. We didn’t feel like any further shopping or going out so we ate a the hotel. Brendan once again had green curry, David the red curry & I had Mussulman curry – had 2 “Singapore Sling” cocktails as it was still happy hour. Went back to our room & packed up ready for an early morning again. 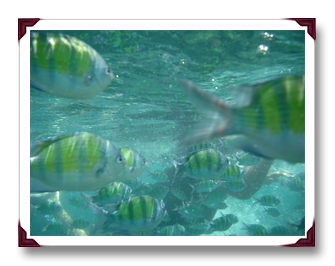 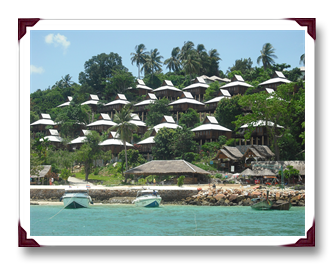 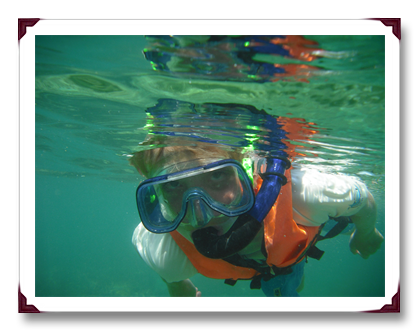